Every day, we experience the consequences of climate change and biodiversity loss. Fires, rising waters, floods, species extinction, deforestation, oceans' acidification, and temperature records have become daily news. Almost banal. What does it take to reverse the movement that destroys our planet and seems imminent and inevitable?

It is as if we were all more or less aware of what was going on but that we had decided to give up. Facing this growing fatalism, we need to tirelessly search for and deploy solutions to stop this ominous trend.

Over the past 15 years, we have witnessed many “COP”—some with success like Paris or Glasgow. Nevertheless, acts and funds struggle to follow on a sufficient scale and speed. As if the priorities were somewhere else. Yet when an acute and imminent danger to our democracy arises - war at the gates of Europe - hundreds of billions of credits are released in a few weeks. Our pyramid of values has strange priorities. Breathing, drinking, and eating all come after feeling safe. Far be it from me to argue that our efforts to help Ukraine are not important, but we must note that the “sense of urgency” is perceived very differently for the two issues.

The arrogance of humankind, which “really” thinks it will dominate nature and find solutions to everything it has destroyed - and continues to destroy - is disturbing, to say the least. It is a fundamental question that needs to be carried out.

So, it is up to each individual to “revolt”, to question the system, reconnect to it, to nature and change consumption and buying habits. But who’s turning down the heater at home by 2 degrees to limit gas consumption? Who does without buying the latest fashion or eating meat more than once a week? The offer is – still – abundant. Why go without it?

There are still too few of us who examine our consciences as “citizens of the Earth”, who consume “sustainably”, act as “supportive” neighbours and take “social” as evidence.

So, this is not the right way? Yes, of course, but it is not going fast enough. There are not enough of us to make things happen.

It is up to the public authorities to take the options that will lead us down the right path. To enact the laws and regulations that will guide the actions of both individuals and companies.

But which states have banned pesticides, set ambitious, realistic, and funded programmes and are already 'carbon neutral', 'sustainable'? Bhutan, Panama, or Sikkim? What about the "big ones" like the United States, China, Europe, or India? Too busy positioning themselves on the geopolitical chessboard and defending their economic interests, they are investing massively in shale gas, exploring the seabed, and coveting the Arctic resources that are finally accessible.

Of course, there is a lot of legislation on the subject, but we always have the impression that we are two or three steps behind reality.

Is it the power of the lobbies and the electoral dictatorship that push our elected representatives to always “give more” without ever eliminating to ensure re-election? Indeed, genuinely ecological policies would inevitably be very unpopular - at least initially.

So, is this not the right way? Yes, of course, but it is not going fast enough. There are not enough of them to make things happen.

Is the onus on business to drive change? Indeed, they have a long-term view of value creation, and climate change puts a lot of companies at risk. But it also creates a lot of opportunities. The company can, both via its employees and its customers, contribute in an organised and rapid way to changing behaviour and 'creating' different needs. And there is no shortage of organisations, from Unilever to Lego to Danone, that dare to take a stand and offer us 'sustainable' products and contribute to changing our behaviour. I know there is still a lot of greenwashing, but consumers are increasingly putting an end to it via social media.

However, the fact is that 'green' companies are still in the minority, and our millions of SMEs are more concerned with 'living' or 'surviving' than with finding a more sustainable way of doing business. And who would blame them for that?

So, is this not the right way? Yes, of course, but it is not going fast enough. There are not enough of them to make things happen.

We live in a world where the “natural” product is considered an exception and the “toxic” one as the norm. If this wasn’t the case, why is it that natural food is labelled "organic" and all other so-called "conventional" food is sold without any labelling warning us of its additives and stabilisers, except in tiny letters on the labels that only scientists can decipher?

One century was needed to impose “Smoking kills” on the cigarette packets. Yet we accept quantities of solvents, dyes, waves, heavy metals and pollutants in our daily lives as if they were 'natural'. Soon we will be sold clean air as a luxury, a forest as an outstanding good, fertile land as a miracle, and the absence of noise or visual pollution as a rare good. The norm becomes the exception. The common good will only be the prerogative of the privileged few.

Is this the world we want for ourselves and our children?

Four central axes come to light: Put our collective priorities in the correct order; work each of us on our alignment and move to action; support politicians in their initiatives and “climate” or “solidarity” plans; finally, choose “sustainable” companies as much as an employee as a customer.

But it is also about working all in partnership. Because these actors are all interdependent, building the solutions together will allow a better acceptance of the measures and an acceleration in their implementation. So, yes. The individual, the state, and the company have their role. Jointly.

And much, much faster because Mother Nature is already severely damaged. She has incredible regenerative capacities, but she's reaching her limits of resilience. She tells us so every day with the melting of the ice caps, storms, repeated fires, and loss of biodiversity.

Will we be able to see it? Do we want to listen? Or will our arrogance and consumption, electives and profit desires be stronger?

Fifteen years, dust looking on the scale of the history of time on our planet.

Fifteen years, an eternity on the scale of climate changes during the 21st century.

I hereby want to warmly thank all who have put their trust in us on this adventure: our members, public and private institutions, sponsors, our employees, our administrators, donors, volunteers, non-profit organisations we collaborate with, our speakers and trainers. Without you, none of this would have been possible.

The work awaiting us is tremendous. Our willingness to act and our ambition are intact and stronger than ever.

The time for action has now more than ever arrived.

IMS Luxembourg will celebrate its 15th anniversary at the special edition of the Luxembourg Sustainability Forum on 6 October at LuxExpo The Box. Register now: https://imslux.lu/eng/agenda/339_luxembourg-sustainability-forum-2022 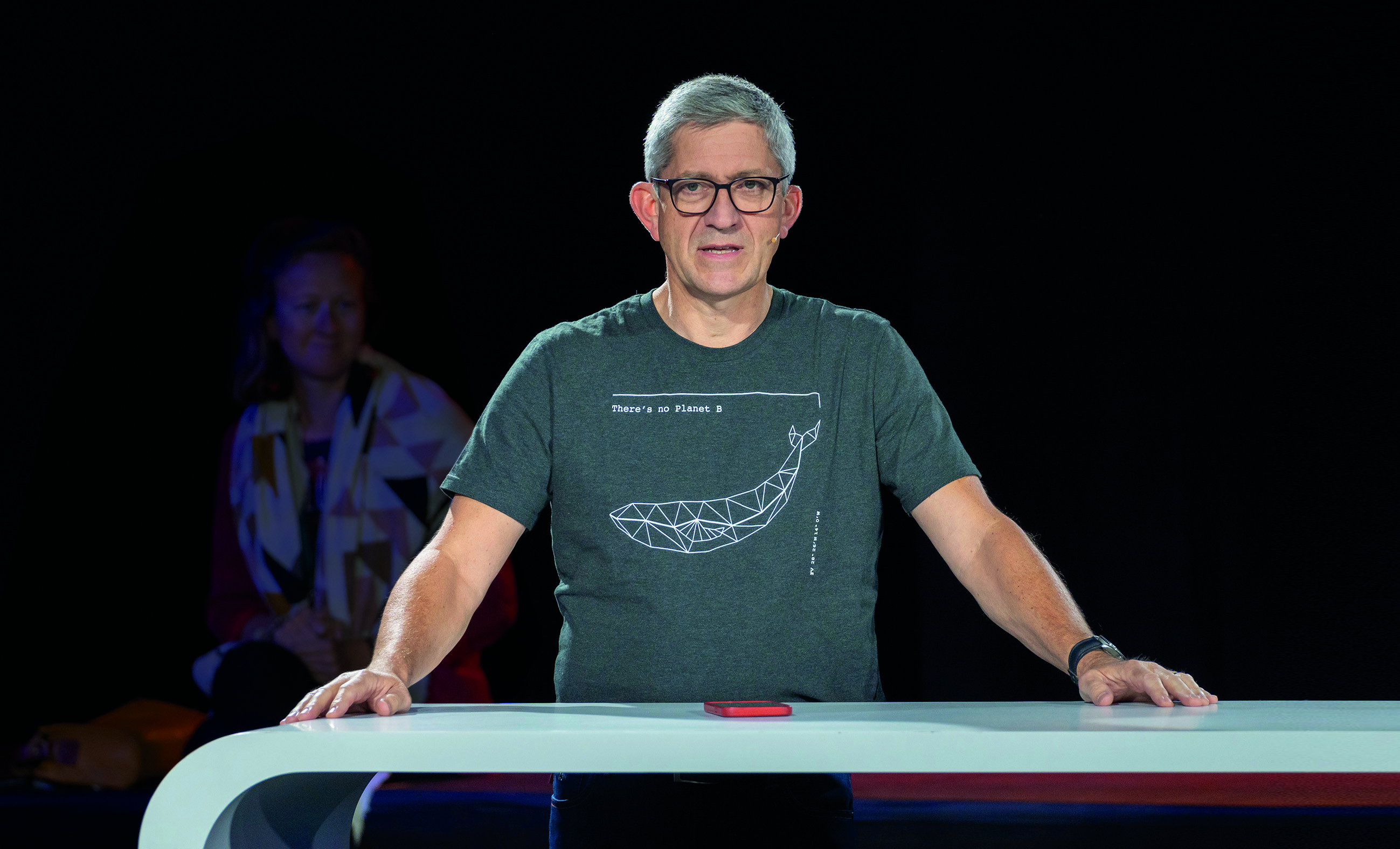