Marie-Monique Robin unveils her latest documentary film: La fabrique des pandémies. The film makes a compelling statement: if nothing is done to halt the destruction of ecosystems, we will experience epidemics of even greater proportions. Based on unpublished interviews with researchers from all over the world, she unfolds the mechanisms at work in this terrible runaway. In our columns, the committed journalist reminds us of the links between our health and nature.

Based on interviews led with 62 scientists from 5 continents, the book shows that biodiversity reduction - caused by deforestation in tropical areas - is the primary cause of the emergence of infectious diseases such as Ebola, AIDS and Covid 19. By destroying primary forests to build roads, exploit timber or mines,  develop livestock, transgenic soya or oil palm monocultures, human activities disrupt the balance that allowed pathogens to operate at low levels, according to the "dilution effect" mechanism. Scientists have shown that a rich local biodiversity has a regulating effect on the prevalence and virulence of zoonotic viruses and bacteria, which are harboured by rodents, primates or bats. The textbook case is Lyme disease, a vector-borne disease transmitted by ticks infected with the Borrelia Burgdorferi bacterium.

In the United States, the reservoir of this bacterium is the white-footed mouse, a species of muridae known as a “generalist” because it adapts to any type of environment and food. Forest fragmentation leads to the disappearance of “specialist” rodents - which are tied to specific ecological niches and foods, but which do not carry the bacteria - as well as predators that no long have enough space to live. As a result, white-footed mice start to proliferate, increasing the likelihood that ticks will become infected during their blood meals, and thus the risk of humans contracting Lyme disease. 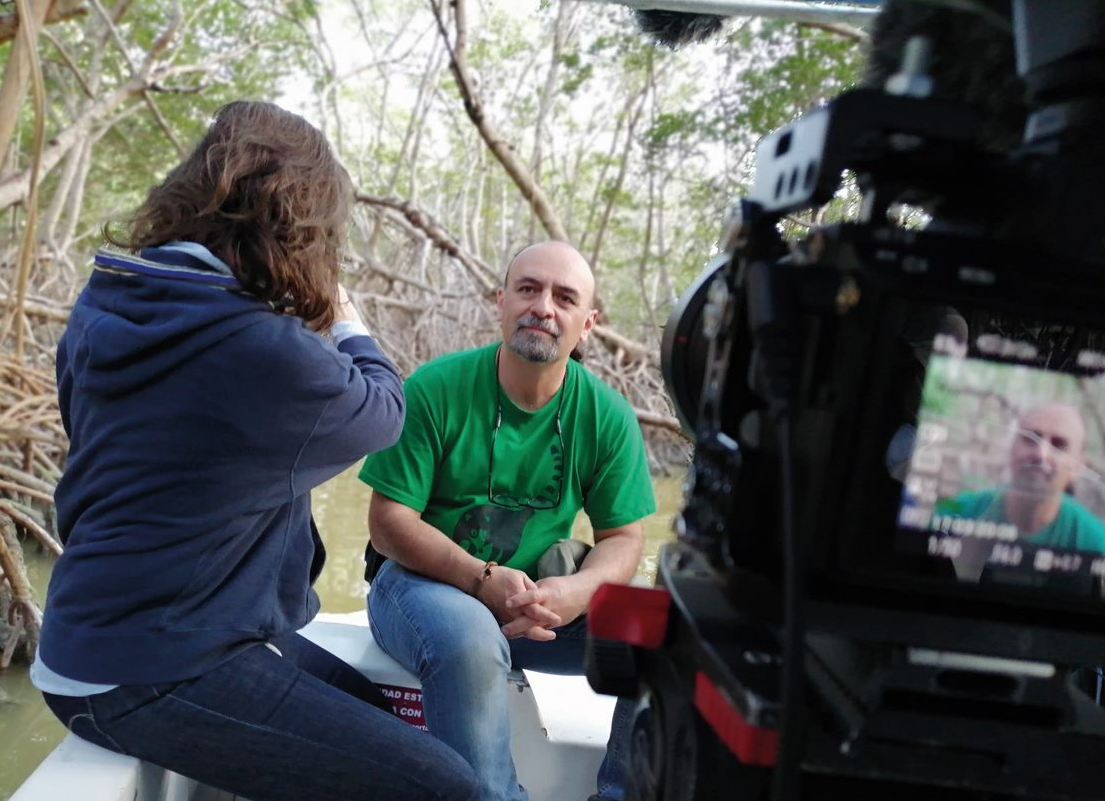 Pictured here, professor Gerardo Suzán, Faculty of veterinary medecine and zootechnics, UNAM (Mexico), One of the many scientists interviewed by Marie-Monique Robin.

Furthermore, the lack of biodiversity in urban areas contributes to the depletion of children's microbiota (or intestinal flora), which weakens their immune system and makes them more vulnerable to excess inflammation and therefore to chronic diseases such as asthma, allergies, diabetes or obesity. “Loss of biodiversity is a double-edged sword,” epidemiologist Jeroen Douwes (New Zealand) explains, “on the one hand, it promotes contact with pathogens that humans have never encountered before; on the other, it makes humans more susceptible to being profoundly affected by these new infectious micro-organisms”. What health ecologist Serge Morand (CNRS) sums up in these words: “What an irony, we are simultaneously confronted with two new threats of pandemic diseases: that of transmissible infectious diseases due to new emerging pathogens and that of non-transmissible diseases due to the disappearance of pathogens from our living spaces”.

Supported by numerous studies, the “biodiversity hypothesis” helps us to understand why Covid 19 has claimed very few victims in rural areas of Africa or Asia, where villagers are confronted, from a very young age, with a high level of biodiversity - plant and animal - which contributes to the “development of an adapted and effective immune response that limits viral infection”, as the authors of an article published in Science2 point out. It also sheds new light on the famous “co-morbidity factors” that can make Covid 19 fatal for so-called “at risk” patients. To sum up: if we want to avoid future pandemics that could be much more deadly than the one that has paralysed the world economy for the past year, it is imperative to preserve biodiversity, or even reintroduce it, at all latitudes.

French investigative journalist, filmmaker and writer who focuses on issues of social and environmental justice. Her work has received international acclaim and numerous awards, including the Albert-London Prize in 1995 and the Norwegian Rachel Carson Prize in 2009. Her extensive filmography, which reflects her in-depth investigations in the field, includes the success of Le Monde selon Monsanto (The world according to Monsanto) in 2018 and Qu'est-ce qu'on attend ? (What are we waiting for?) in 2016.

The Pandemic Factory, the film

The M2R production company is independent and citizen-driven. To finance its films, it relies on participatory funding. To support this film, you can join the call for contributions on m2rfilms.com.

The Pandemic Factory, the film

The M2R production company is independent and citizen-driven. To finance its films, it relies on participatory funding. To support this film, you can join the call for contributions on m2rfilms.com.

To be read also in the dossier "Life in free fall: no more denial?":